This year is shaping up to be both dangerous and deadly. So far this year there have been over 1,000 preliminary reports of tornadoes in the United States alone. Of that number, nearly 800 have been confirmed. In those storms, 38 people lost their lives. There have been at least 4 confirmed EF4 tornadoes in 4 different locations. Let’s keep us all safe this year, ok?

The majority of the United States is at risk for severe weather. There are very few places where you can live that will not be affected by the threat of severe weather. This type of weather can be dangerous, and potentially deadly. The only way to guarantee your safety is by taking precautions.

So let’s talk about the different types of severe weather that is threatening us right now. Severe thunderstorms and tornadoes are prominent weather patterns during the early spring and summer for much of the United States.

You should treat these storms the same way you would a tornado. Recently, we had a line of thunderstorms come through our area. One of the local high schools was damaged and the roof was taken off of the building. Imagine if school had been in session!

That storm didn’t have a tornado in it. It was “simply" a severe thunderstorm. That same storm knocked the power out to over 7,000 people in our area for several hours.

To make a severe thunderstorm you have to have a couple of ingredients. Consider it a recipe for a weather casserole. You have to have a warm mass of air, a cooler mass of air and unstable air. Most of the time, thunderstorms form in a line. This line moves from southwest to east by northeast. We always blame our weather on Texas. (Sorry, guys. You know it’s true.)

The days that the weather turns the nastiest are usually unbearably hot and humid. We’re talking jungle hot. Your sweat doesn’t dry hot. The air is sticky and walking outside from air conditioning makes you feel like you just hit a wall of heat. This is the warm mass of air. Also, the more humid it is, the more unstable the atmosphere tends to be.

Then, you get something weird. A cold front will come down from the northwest and come through Texas in a sweeping motion. It will collide with the warm air and combine with the unstable atmosphere and BAM! You’ve got a thunderstorm.

The severity of the thunderstorm will depend entirely on how quickly the cold front is moving. If it is moving quickly, it’s going to be bad. Slowly, it will be a rainy day. If it is a weak cold front, you get little storms that come through quickly and leave the air even stickier than it was before.

When a cold front starts moving through the area or a line of storms is approaching, the National Weather Service will issue a Severe Thunderstorm Watch. This is kind of like the “heads up" notification from the NWS. This basically means that they know the conditions are right for a storm in the area and that you should be aware of what might happen later.

Here in Arkansas, they are issued on a fairly common basis. We go on about our day but keep an ear on the radio or an eye on the radar. We check the news often just to make sure. We also get our emergency kits ready and talk to the kids about what to do in the next stage. 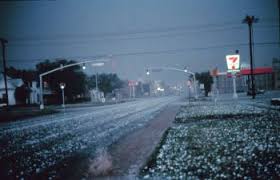 This is what the National Weather Service issues when there are thunderstorms in your vicinity and moving towards your area. They can’t be exact on them, but the technology is making it to where they are getting more and more accurate.

This is when you want to make sure that you have your emergency kit ready and the kids are someplace where you can grab them and evacuate if necessary. This is also when you need to watch the storm and check to see why it’s been issued a warning. Sometimes they issue the warnings because of lightning strikes or hail but most of the time they get issued for wind.

Wind during a severe thunderstorm is probably the most destructive thing about them. The wind can take roofs off of buildings and tear down power lines and trees. If the storm has been warned for wind, just go ahead and treat it like a tornado warning.

Probably the most feared weather phenomena in the United States. Tornadoes have been the center of myths, legends and tales for the entire history of the U. S. There is a lot of misinformation out there about tornadoes and sadly, that doesn’t help you get through one. 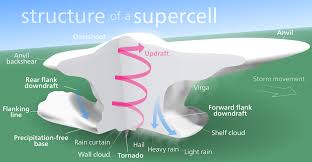 A tornado is formed when winds begin to circulate. This creates a suction effect that will feed upon itself and create a larger funnel. If the winds come from a higher altitude, that is if the storm is larger, that gives the wind a greater chance of circulating and moving faster. This creates a rotation that can become a tornado.

A tornado watch means that there is a potential for a tornado to form. A lot of times when we are issued a watch here, it is sunny and pretty outside. That means that the meteorologists see the potential for a storm to climb to higher into the atmosphere and give it more of a chance to “spin up".

When there is a watch issued, you want to keep an eye on the weather and make sure you have everything together just in case. Make sure you have your emergency kit, your phones charged and your safe spot ready. My mom always said to go to bed fully dressed on nights when there is a tornado watch and to put yours and the kids’ shoes right beside the bed.

During the peak times for tornadoes, my husband and I each sleep with a flashlight beside us. On nights when there is a tornado watch we also make sure that our phones are turned on so that we can get alerts.

This is the bad one. This means that there is a tornado, most likely on the ground, heading toward you. Now is the time to get to your safe spot. You will need to stay in your safe spot until 30 minutes after the warning is removed or until the storm is 30 minutes away. Tornadoes have been known to spawn smaller twisters in their wake and any thunderstorm that produced a tornado is not one to sneeze at.

No matter what natural disaster could potentially strike, you should always have an emergency kit made up and ready. Emergency kits should include:

Have these things ready in your safe spot. You don’t know if you are going to need them, but it is better to have them.
Family Emergency Plan

We are so lucky because the school that our children attend has a safe room on every campus. So I know that my children will be ok if they are in school. If they are not in school, then they are usually at home with us.

My oldest child is a teenager and would probably resent me referring to her as a “child". (I don’t think she needs to read this blog, right?) She has a phone and we have drilled it into her that during an emergency at school, she is supposed to do what she is told until the danger has passed and then immediately go check on her sister and call us. She will probably get in trouble, but we’ll work it out.

If we are at home, we go to our safe zone and the girls build their “storm fort". They pile blankets and pillows on top of themselves and play with their shadows until we say it’s time to get out.

These are the kinds of things you need to work out for your family. Figure out who checks on whom and where you are going in certain situations. Decide on a meeting place in case the phone systems are knocked out. Make a plan and practice it. Check in with a family member who isn’t in your immediate area to let people know that you are ok. Social media also gives you the ability to check in during severe weather. Use that resource as well.

If you are in a situation where a warning has been issued, you need to take shelter. There are three basic rules to taking shelter.

Get inside. Do not try to go outside during a storm. Tornadoes and Severe Thunderstorms can blow debris at speeds up to 125 miles per hour. I don’t want to be hit with a paper clip at that speed.

Remember the girls’ “storm fort" earlier? That’s to protect them from head injuries. Getting hit on the head can be fatal. Protect yourself as best as you can. The best thing to do is to put a helmet on, but blankets and pillows will do in a pinch.

If you are in a mobile home, get somewhere safe. Mobile homes are not safe, even in a “weak" tornado. They can be flipped and blown around quite easily in a bad storm. Get to a community shelter; go to your neighbors’, just get out of there.

If you are traveling, there are usually procedures in place for storms, wherever you are going will have a space set up for safety. Make sure to ask if you are under a tornado watch, so that you are not caught unprepared.

If you are driving, make sure that you pull over and get out of the vehicle. Being in a vehicle in a tornado is worse than being in a mobile home, but the same idea. The vehicle can get picked up or flipped very easily. Take cover but don’t get near a drainage ditch or near an area than can fill with water quickly.

Here at Nelson Design Group, we want you and your family to be safe. This concludes our Summer Safety Week. I hope that you read through and used these posts as a refresher.