Memorial Day marks the unofficial start of summer. It is also the day when many of the pools and swimming areas open officially for the season. What’s more iconic in summer than relaxing next to a pool or swimming in its cool depths? Honestly, it’s one of the things I look forward to every year. I have great memories of swimming in the summers. Rivers, lakes, creeks; it didn’t really matter to me where we swam as long as it was cool and we were able to splash around. My favorite place to swim, though, will always be a nice clear pool. What about you?

The idea of a pool is kind of a weird one if you think about it. If you break it down to what it is, you sound like one of the Beverly Hillbillies talking about their “concrete pond". So where did we get the idea of trying to make an artificial area to swim? And you can’t have a pool without a pool house. Here at Nelson Design Group we have designed many pool houses and can custom design one to fit your needs and your “concrete pond".

For as long as there have been hot temperatures and humans, there has been the discovery of places to swim. It’s a given. You want to get out of the oppressive heat of the summer, you find yourself a nice place to get wet and cool off. The idea of an actual place to do this wasn’t official until the Greek and Roman times. Well, sort of.

The Greeks and the Romans didn’t actually have independent pools; they were part of a larger complex with a different use: the bathhouse. The bathhouse was an integral part of the Greek and Roman culture. In fact, the first building the Romans would build in a city that they conquered was a bathhouse.

These bathhouses were not rooms of freestanding tubs, they were rooms of heated pools where many people could soak and bathe at the same time. The pools were heated through a feat of ancient engineering. Under the floor where the pool was placed, there were columns with space between them. Then in a room adjacent to this one a fire was lit. For the larger pools it was multiple fire rooms so that more heat could be drawn up and into the pool.

The Greek Bathhouse was a place of not only bathing but also socializing and education. This is where they talked business and politics. Most of the bathhouses were also part of their school systems. The Greeks believed that no one had a complete education until they were able to swim and it was a requirement to be able to get into the army.

In Roman times, the pools were also lined with lead to make heating them easier. Lead is also a softer metal so it was easier to mold into shape. It also feels smooth when under water and gave the water a “softer" feel. It also had a tendency to make people a bit “mad". Think of the Mad Hatter from Alice in Wonderland. 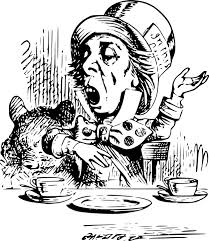 The bathhouses weren’t just for bathing, there were hot pools and then there were pools full of cool water. The idea in a Roman bathhouse was that you would coat your body with oil and then scrape off the dirt and oil with a metal tool. Then you would soak in the hot water until you couldn’t feel how hot it was any longer. Then you would go and jump in the cold water to rinse. I can just imagine how filthy the water must have been after a long day of Roman soldiers using the baths.

After the fall of the Roman Empire, bathing became kind of sketchy for a time. Well, for most of the history of the world until modern plumbing comes into play. There were some brief highlights. In the Middle East, the Roman bathhouses were maintained and kept in use long after their builders were dust. During the crusades, the European soldiers found these marvels and brought the ideas back home.

Medieval Europe built a few bathhouses adapted from the descriptions of the soldiers. They weren’t terribly popular for just bathing, though. There wasn’t any separation of the genders and so there were some unsavory activities that began to crop up in the bathhouses. In fact, this became quite a booming business and lead to the bathhouses being closed down. 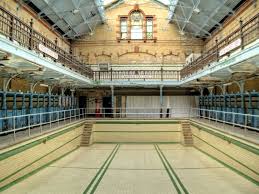 There was a last resurgence of public bathhouses in Europe. There were several factors that lead to this. The Prince Consort, Albert, was from the Eastern part of Europe and helped open trade lines with Ottoman. The Ottoman Empire had continued to use the Roman ideas of bathhouses and was adept at building them. It was part of their culture, not only from their history but from the dominant religion of the area. In Islam, cleanliness is very important and they feel it is part of their worship to be as pure as possible.

Then there were the cholera outbreaks. During the time of Victoria’s reign there were several cholera outbreaks. Her medical and science advisors finally discovered the cause of it, which is a bacterium in water that has been in contact with human fecal matter. These discoveries lead to a complete overhaul of the sewer systems and water systems in the major cities in England.

The idea was that if people were clean, they wouldn’t be able to spread the bacteria and less people would become sick. Unlike her predecessor, Victoria decreed that the bathhouses be separated by gender. If they weren’t big enough to have multiple pools, they were closed to one of the genders on certain days. This kept down the unsavory activities that plagued the prior bathhouses.

The last factor for the resurgence of bathhouses was a new idea among the upper class. This idea was that mineral water or water from natural hot springs would heal ailments. The treatments ranged from baths to pouring water over them and even to drinking the water. This new fad in medical treatment created a new industry surrounding bathhouses.

Resorts were built to be close to the hot springs to maximize the time that people could receive the treatments or “take the waters". These resorts included hotels, massage areas, spas, bathing pools and, even, cool water bathing pools. These were the first pools built exclusively for swimming.

Around the same time, there was a new fashionable interest in swimming or specifically swimming for exercise. It was still considered improper for a woman to be seen with any of her clothing removed or with any of her showing so bathing carts were invented. These were like teeny houses on wheels that could be pulled into the water. The lady would undress and dress in her “bathing suit" and then walk down the steps and into the water. I believe this may be where we get the idea for the pool house.

Across the pond, the fashionable elite heard about the new fashion in bathing and “taking the waters". They wanted to be able to do this, too. So bathhouses started cropping up all over the place. Some of them are still around. Here in Arkansas, we have some of the oldest operating bathhouses in Hot Springs. They are on the famous Bathhouse Row. I actually got to visit one of them a couple of years ago and they are absolutely gorgeous. You can almost feel the history in there. The water does taste funny, though.

For a long time, the idea of bathing was the same as the concept of swimming. There wasn’t really a term for swimming until the mid-1800’s. In the 1830’s, a club was formed for men for swimming. In 1837, a swimming pool was constructed with 6 diving boards for recreational purposes. In 1896, the Modern Olympic Games began and swimming was one of the main events.

So that brings us around to pool houses. Where did the idea of a pool house come from? What were the first pool houses like? It’s kind of a murky area. There wasn’t a mention of an official pool house until after World War II. The history of pool houses probably stemmed from several ideas. Or maybe they are the same idea with different executions.

You Changed Where You Could

I guess the first thing you could think of as a “pool house" was the leafy cover that was close to a swimming hole. A bush, some trees, if you could hide behind it and change then it was fair game. I have used several of these primitive pool houses. Please don’t let my kids know that I actually had fun when I was younger.

Or maybe you could say that the first pool houses were the changing rooms in the bathhouses. In Roman times it was customary if you were coming to a bathhouse to bribe the attendants of the bathhouse to watch your stuff or to bring your own attendants with you. This was to keep people from stealing your stuff. Of course, if you didn’t pay a large enough bribe or your attendants weren’t well paid, they would just sell your stuff anyway. 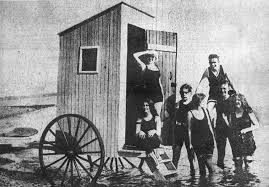 You could even say that the Victorian bathing machines, those funny little houses on wheels, were the first official pool houses. They were made to be changed in and had places for wet clothes to go and places for you to use the bathroom in and everything. Those are the same things that most pool houses have today.

I feel that all of those were the ancestors of the modern pool house. The first modern pool house didn’t appear until the Hollywood Glam era of the late 1940’s. This is when the film stars had their money rolling in and they started building their own “concrete ponds". They built little houses beside their pools so that their guests could come and go without having to tramp wet foot prints all through their beautiful homes.

It became stylish for people to not only have a pool but to have a place to change and to store pool equipment that was out of sight. Not only that but it was convenient to have someplace to go use the restroom without having to worry about getting everything wet.

Today, the National Swimming Pool Foundations estimates that there are more than 10 million swimming pools across the United States. Pools have come a long way from their early Roman roots. Thank goodness they aren’t lined in lead any longer.

Here at Nelson Design Group, we are the place to get your house plans. We are experts in everything to do with planning and designing homes. If you are looking for floor plans, such as plans for a nice pool house, give us a call today at (870) 931-5777.

Maybe you're looking for just regula